What To Drink Now: Toasting The 4th of July

Happy 4th!!! As you ready your picnic baskets and beach totes, consider light and refreshing, or bold and robust wine to enjoy on this beautiful day. Each unique blend celebrates their individuality while melding to become something great, much like the principles that defined our declaration of independence

We would be nowhere without our neighbor to the south, Mexico. Mexican immigrants have helped build this country as much as our European forefathers, particularly in the wine industry with immigrants contributing their skills working throughout America’s vineyards and wineries. And, many Mexican-Americans and Mexican immigrants produce some stellar juice. From Rolando Herrera of Mi Sueno, crafting concentrated, structured, elegant wines, like his Napa Valley Cabernet Sauvignon, to first-generation Mexican-Americans the Ceja family who started their Napa winery in 1999, to Robledo Vineyards, the first winery in the US to be launched by a Mexican migrant worker in 2003.

Our neighbors to the north are also finding American wine success, including the big news out of the Red Mountain district of Washington near Walla Walla. In 2013 Canadian firm (and owner of the Vancouver Canuks), Aquilini Investment Group purchased a 670-acre site in the AVA for $16 million, of which over $8 million of the investment was to go towards getting water to the land. They then brought on one of my favorite winemakers in the world, Napa Valley rock-star, Bordeaux born, Philippe Melka, as consulting winemaker. Earlier this year they released their first wines, for now only in Vancouver, but as production grows their availability will grow in the US.

After creating a successful mining business in Canada, Ray Signorello, Sr. purchased his Napa estate in 1977. Initially, just grape growers selling fruit to other wineries, his son, Ray Signorello, Jr., who holds dual-citizenship with America and Canada, took the step to begin Signorello Estates, making world-class wines with an Old World style in 1985. When the Atlas Peak fire in Napa in 2017 destroyed the winery, Signorello, Jr. took just three days to access and decide that rebuilding was the only option. As they rebuild, they are continuing to produce their Napa Valley Bordeaux style blends like Padrone ($180), their 100% estate grown, Cabernet Sauvignon dominant red created to honor Signorello, Sr. with intensity, concentration, and gorgeous structure.

Fifty years ago Italian aerospace engineers, Norman deLeuze and Gino Zepponi along with their families, began ZD Winery. Initially, they started making wine in a small Sonoma barn, moving to Napa shortly after that. With a focus on three essential wines, a Carneros Chardonnay and Pinot Noir, and simply stellar Napa Valley Cabernet Sauvignon ($75) blending fruit from throughout Napa including from their Rutherford Estate vineyard along the Silverado Trail. Run today by the third generation of the deLeuze family, ZD Cabernet delivers toasted spice, chocolate, and dark cherry flavors.

Following in his father, Gino Zepponi’s, footsteps, Dan Zepponi is guiding fifty-year-old Cuvaison winery into the future. As President and CEO of the Swiss family-owned Carneros winery begun by the Schmidheiny family in 1979. With a focus on Chardonnay and Pinot Noir, the winery produces luscious watermelon, tangerine and wildflower-filled Cuvaison Rose of Pinot Noir ($30) ideal for summer, sunset sipping.

In 1883 Irish immigrant James Concannon started Concannon Vineyard in Livermore, CA, today the oldest ongoing winery under that same family label and stewardship, and developer of some of the most utilized clones of Cabernet in California, including the highly popular Clone 7 Cabernet Sauvignon. Recognizing quality terroir from the start, they began their winery in Livermore intentionally over Napa Valley for the quality of the soils in the region. They have found this quality in Paso Robles as well, producing a Concannon Vineyard Paso Robles Cabernet Sauvignon ($20) melding flavors of cassis, fig, toasted vanilla, and spice. 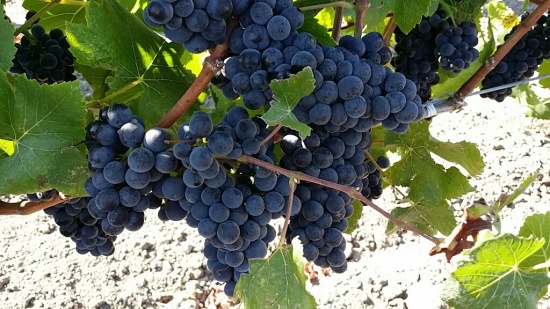 One of the first women to graduate from UC Davis Viticulture and Enology Department, Merry Edwards has blazed the trail for not only female-led winemaking, but winemaking for Pinot Noir in America, with each wine delivering her refined style and character in each glass. Her namesake, Meredith Estate Vineyard Pinot Noir ($68) in Russian River is juicy, well-rounded, and vibrant with wild strawberry, tea rose and fresh violet notes. 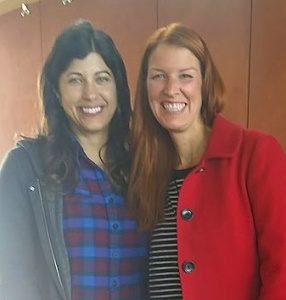 Stoller Family Estate’s Melissa Burr proves that you can produce incredible wine while growing a beautiful family. Named in 2018 as Vice President of Winemaking for the Stoller group of wineries, including Stoller Family Estate, Chehalem, History, and Canned Oregon, Burr proves that you can make delicious wine, while growing a beautiful family. In almost the storybook tale of the American dream, her success has come because of her tenacity, hard work, and a gifted touch since her start with the company in 2003 Burr’s Stoller Family Wines, produced sustainably in their LEED Gold certified winery. Stoller Dundee Hills Chardonnay ($28) shines with golden pear, candied ginger, and lemon zest.