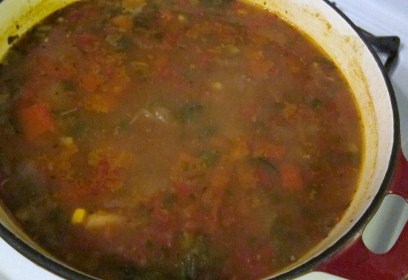 The slightest chill in the air makes me want a warm bowl of soup…I had a slight cold a few weeks ago which took that to the next level, wanting chicken soup, preferably with a little kick to it.  Mexican chicken soup it was…

Not feeling well, I took a few short cuts, which at the end of the day really doesn’t matter that much.  The main goal is to make a warm comforting soup for you and your family, in a quick and easy manner. 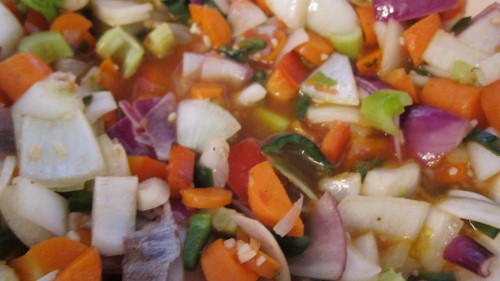 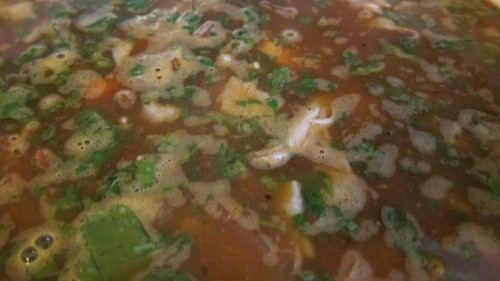 Preparation:
In a large soup pot heat the oil over medium heat and add all the veggies and begin sauteing.  Saute until they have started to release their water and the onions are becoming translucent.  Add the spices, red wine, tomato paste and Worcestershire sauce, continue cooking.  Add the tomatoes, continue cooking.  Add the chicken stock and bring to a quick boil, then reduce the heat and add the chicken, beans, corn and cilantro.  If you want the soup to be thinner add a cup or two of water, one cup at a time.  Can simmer until ready to serve.  When ready to serve check the seasonings and adjust to your taste.  Serve with sliced green onions.  Gary also put a handful of shredded cheese on top…. Yum!