What To Drink Now: Spirits For The Season

It truly is the best time of year. And, in my world, nothing says the holidays like a great cocktail. I have been enjoying a few exciting new options, widely available, and ideal for mixing or gifting.

While visiting my family for Thanksgiving, my aunt mixed our morning Bloody Mary’s with Effen Cucumber Vodka ($20), and now I am hooked! Auntie Micki creates her Bloody Mary’s the classic way, with V8, Lea & Perrins Worchestershire, hot sauce, salt and pepper, and lime, but any quality mix can also work, like Zing Zang or Mr. & Mrs. T. I am going to mix up a batch of cucumber and basil Gimlets with it next.

I am a big ginger fan. I love the flavor, I love the aroma, I love the spicy heat, and I really love it in a cocktail. Enter, my other new favorite flavored vodka find, Frankly Organic Vodka produced in Austin, TX. With the motto and production style of using 100% organic ingredients in each of their vodkas, Frankly is all about only what is real. Their flavored vodkas aren’t cloying, a problem I often have with flavored spirits. Instead, they taste like the ingredients on the label, with my favorite being Frankly Organic Apple Vodka ($23), with apples, ginger root, lemon, a touch of spicy cayenne pepper, and maple syrup to balance the sweetness delivering an utterly delicious spirit. 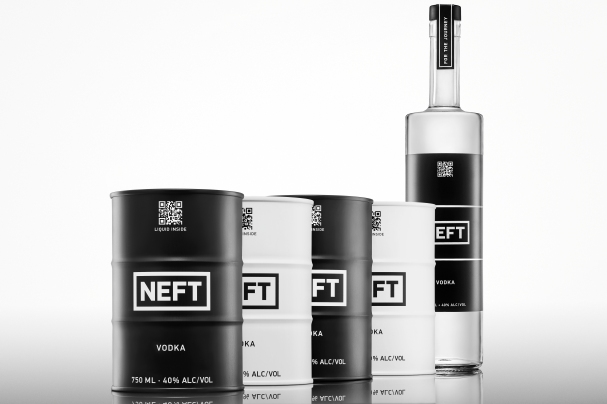 If clean, classic, unflavored vodka is your preference, a new product has hit store shelves throughout Texas, with more regions to come. NEFT Vodka ($33) from Austria utilizing Russian craftsmanship for premium vodka the spirit is produced with pure Alpine spring water and a mix of Austrian grown rye. The resulting spirit, sold in an oil barrel-style can, is earthy, with a slightly creamy texture. A perfect base for martinis served simply with a twist.

For fans of the brown spirits, Sonoma Distilling Company recently released its tiny production Black Truffle Rye Whiskey ($100/375ml btl.) Produced using French black Perigord truffles, English and Canadian rye, and Sonoma water, and aged in American oak for two years, the balanced spirits delivers a spicy, nutmeg, pepper, and gingerbread base that melds with forest-floor and dried mushroom notes. Though unconventional, the enticing sipping spirit perfect for cold winter nights, or any time of year for those of us who adore everything truffle.

Single malt fans should look no further than Old Pulteney this season. From the northernmost shores of Scotland, Old Pulteney is the maritime malt. This influence brings a briny character to the spirit, highlighting the sturdy nature of those that make it. Those that craft the premium scotch whiskey understand, respect, and recognize the power of the sea. The company has developed the “rise with the tide” series, recognizing other leaders who work to protect the oceans and seas of the world, like Sustainable Surf, a non-profit organization focusing on the global surf community that encourages surfers to become leaders in protecting ocean health. Each scotch in the Old Pulteney range reveals a maritime rusticity, balanced with a smooth, inviting profile. Old Pulteney 12-year-old Single Malt Scotch Whisky ($55) melds toasted caramel with wild orange and sea salt, bringing sweet and savory notes to the palate. With a vibrant golden amber color thanks to aging in both ex-Bourbon barrels and former Sherry casks, Old Pulteney 15-year-old Single Malt Scotch Whisky ($75) rises from the glass with aromas of dried apricot, dried apple, dark chocolate, and salty toffee.

For tequila lovers, Casa Dragones prides itself on its authenticity, premium craftsmanship, and quality. Casa Dragones Joven Tequila ($285) is a slightly spicy, citrus filled spirit. It is produced in small batches from 100% blue agave, revealing a delicate, smooth, refined tequila ideal for sipping on its own or pairing with food as you would any fine wine.