Hawaii’s volcanic mountains bring mystical energy to our surroundings, filling us with strength, wonder, and gratitude. There is similar spirit felt in South America’s Andes Mountains, delivering vibrancy and power to the wines of Chile and Argentina. I recently traveled to Mendoza, Argentina, taking in this energy in every sip of Malbec I enjoyed. Today is International Malbec Day, a holiday to toast the dynamic complexity and luscious elegance of the Bordeaux variety that found its home in Argentina. To celebrate the day, consider one of these wines available throughout the island or via wine.com.

Founded by the Spanish Governor of Salta, Nicolás Severo de Isasmendi y Echalar in 1831, Bodega Colomé is the oldest working winery in Argentina, sitting high in the Andes Mountains in the Salta region. His daughter Ascensión and her husband, José Benjamín Dávalos, brought the first French pre-phylloxera Malbec and Cabernet Sauvignon vines to Colomé in 1854, beginning 170 years of wine production. Grapes planted in 1854, on their rootstocks, at some of the highest elevations in the world, are still used in the production of Colomé Reserva wines. In 2001 Donald Hess of Napa Valley’s Hess Wines purchased the property, continuing the historical legacy of Colomé. Today their organic and biodynamic farming allows the vitality of their Calchaquíes Valley vineyard, ranging from 5000 feet to 9000+ feet above sea level, to be tasted in the fruit. The resulting wines have complex structure, harmoniously integrating tannin and acidity. Colome Estate Malbec ($25) highlights ripe dark cherry, plum, crushed pepper, and licorice. 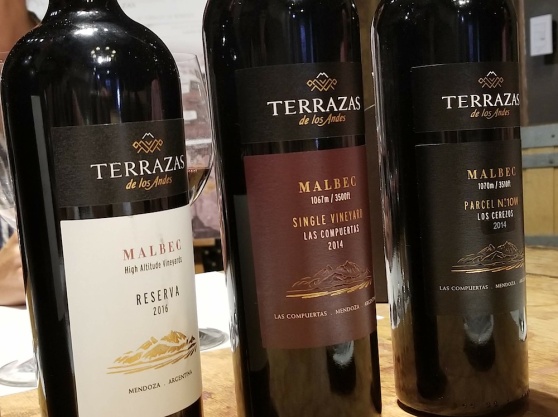 Before looking to America, Champagne powerhouse, Moet-Hennesesy looked to Argentina to expand their production, developing Chandon Argentina in 1959. When they discovered Mendoza’s Las Compuertas vineyard planted in 1929 with original, ungrafted Malbec, brought to Argentina in the early 19th Century from Bordeaux, they knew he had found a piece of vineyard gold. Recognizing the quality of the ancient vineyard, they established Terrazas de los Andes to showcase the exceptional fruit off the low-yeilding vines. Their Reserve Malbec ($25) is highly aromatic, fruit-forward and flavorful with red berry, baking spice and toasted oak. 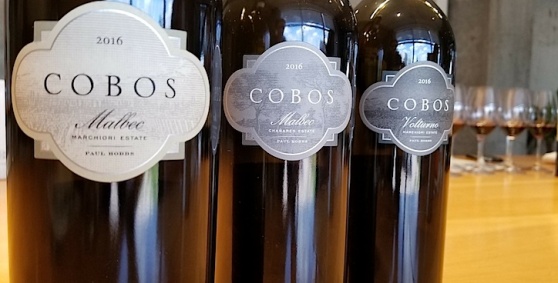